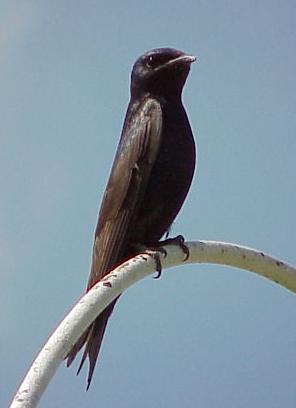 The male Purple Martin is easily told from other swallows by its entirely dark plumage. It is vaguely similar to the starling but has a smaller bill, longer wings and a darker plumage. Female Purple Martins are similar to Bank and Northern Rough-winged Swallows but are larger, and flap more slowly. At close range, the darker upperparts of the martin are evident.