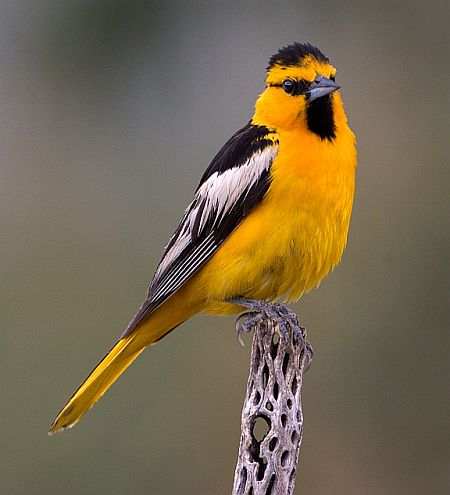 Family: Icteridae, Blackbirds and Orioles view all from this family

Range: Breeds from British Columbia and southern Alberta south to southern California and Mexico and east to the Dakotas and Texas. Winters in tropics.

Discussion: Recently the Bullock's Oriole was combined with the eastern Baltimore Oriole as a single species, the Northern Oriole. When trees were planted on the Great Plains, the two forms extended their ranges and met. Despite the differences in their appearance, it was found that they interbred, and that most birds in the central plains were hybrids, so the birds were combined into a single species. Now, it seems that in some places the birds are choosing mates of their own type, and they are considered separate species again.