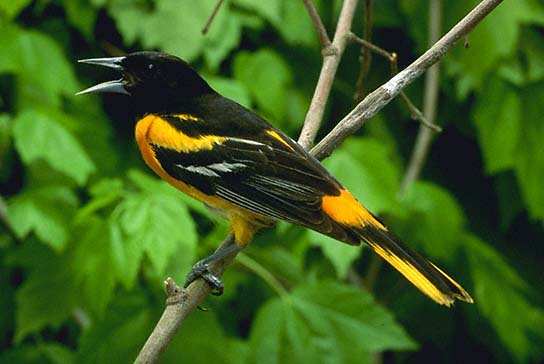 Mel's Attracting Orioles Video - Turn up the sound and enjoy! 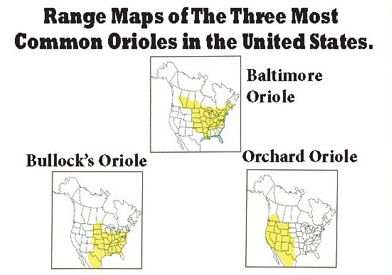 Habitat: Deciduous woodlands and shade trees. Before the tree's decline, the American elm was a favorite nesting site for the eastern bird.

Nesting: 4-6 grayish eggs, spotted and scrawled with dark brown and black. Nest a well-woven pendant bag of plant fibers, bark, and string, suspended from the tip of a branch.

Discussion: Recently the Baltimore Oriole was combined with the western Bullock's Oriole as a single species, the Northern Oriole. When trees were planted on the Great Plains, the two forms extended their ranges and met. Despite the differences in their appearance, it was found that they interbred, and that most birds in the central plains were hybrids, so the birds were combined into a single species. Now, it seems that in some places the birds are choosing mates of their own type, and they are considered